You Are Here:Home / blog / After a Tough Summer, could the British High Street Recover Before 2018 is Out?
5th October 2018

After a Tough Summer, could the British High Street Recover Before 2018 is Out? 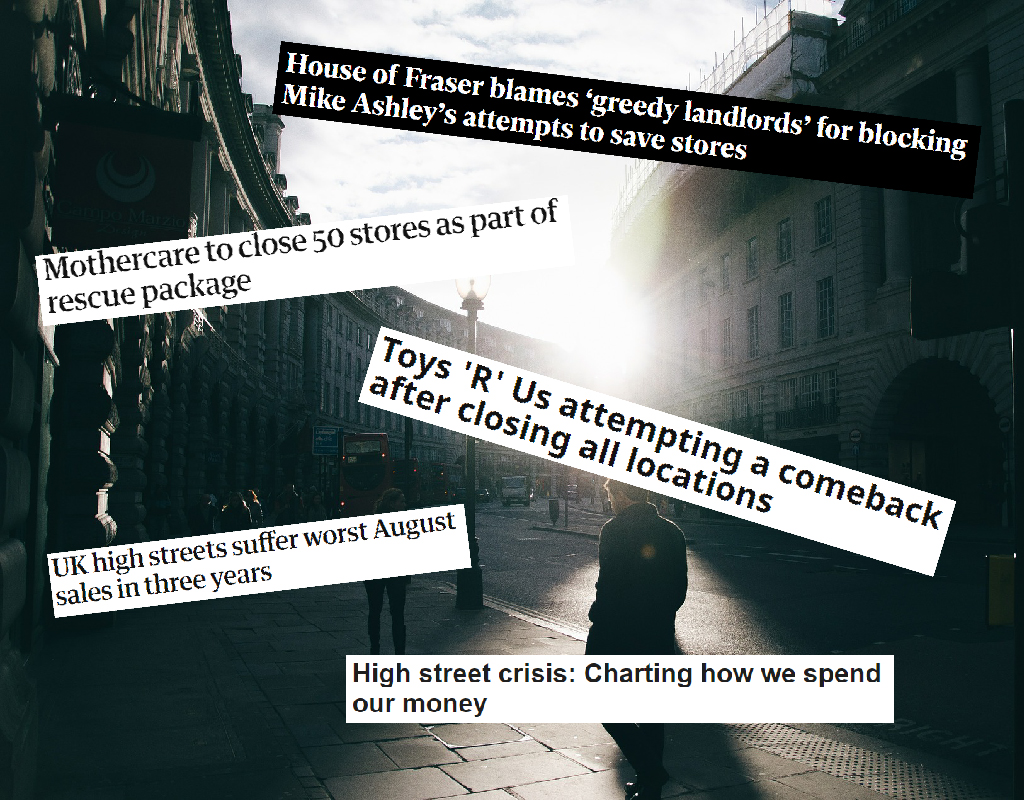 After a Tough Summer, could the British High Street Recover Before 2018 is Out?

Starbucks’ spiced drinks are out in force, the leaves are turning into golden-reds, and plastic skeletons occupy various aisles of the local supermarket: it’s finally autumn. For the British high street, the change of seasons has likely come as a welcome bit of news.

So far, 2018 has proven to be tough for brands of all sizes, with giants such as Mothercare and House of Fraser bowing out after decades spent loyally present on the high street. Summer was particularly tough, with disaster putting jobs at risk and bringing many a retail legacy to an abrupt end.

But with the hot weather and the bad news behind us, could the rest of the year provide the high street with the chance it needs to recover?

The Summer of Tough Love

Perhaps the biggest bombshell of the summer came when House of Fraser joined the likes of Toys’R’Us and the aforementioned Mothercare to become the latest giant to fall in the face of internet shopping and crippling business rates.

As shopping habits continued to change and retailers revolted over extortionate business rates, the heat was turned up, with the worst half-year in a decade reported in July.

Meanwhile, lurking on the horizon, is the shadow of Brexit. Uncertainty around how Great Britain will call off its relationship with the EU has led to a drop in confidence from retailers, suppliers and shoppers – with two thirds of shoppers expecting a price surge imminently.

Factor in difficulties for landlords around paying empty rates on their commercial property while trying to find new tenants, and it hasn’t been the kindest summer.

Despite these difficulties, it’s not over yet. Many retailers are refusing to take this lying down, coming up with initiatives such as investing in online offerings, downsizing properties, and even exploring the pop-up shop idea.

In September, Argos took charge of its destiny by introducing a pop-up shop to the capital, showcasing their home products. Alongside items to purchase, the pop-up also provided terrarium making sessions, as well as lessons on taking the perfect selfie and candle monogramming.

This varied programme is clearly an attempt to engage with millennial audiences, but as we’ve reported on before – although a good idea – pop-up shops fail to tackle the wider issues at play.

Meanwhile, many retailers are putting their hopes in upcoming holidays and seasonal products in an attempt to eke out their customers’ spending for months to come. But is it enough?

Although it’s encouraging to see the British high street fighting back against becoming obsolete, some tactics are little more than treading water. Instead, retailers and landlords must look at wider issues – such as the increase in business rates, the empty commercial property rates limiting the opportunities for new tenants to occupy properties, and wavering confidence in the face of Brexit.

Tackling these wider issues is up to all of us – consumers, retailers, commercial property landlords and MPs alike. Without taking the threats seriously and understanding the reasons for high street staples closing down, nothing will change for the better.

Unfortunately, with these factors in play, it’s unlikely that the rest of 2018 will see the high street recover – there simply isn’t enough time and too many obstacles. But, as Brexit solidifies, retailers adapt to the changing circumstances, and landlords continue to embrace the UK’s only 100% guaranteed empty rates saving scheme, there might be hope yet; even if it’s in the future, it’s surely better than nothing.

If you’re interested in FCS’ Empty Rates Saving Scheme – the only 100% guaranteed scheme in the UK – then feel free to get in touch with our helpful team, who will be more than happy to discuss your needs, and get you moving towards a life free of Empty Rates liabilities.

Saving Up to 100% on Your Empty Rates Bill with FCS – How Does It Work?